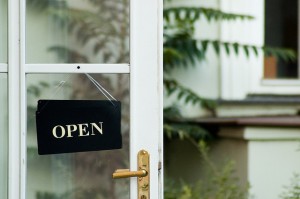 I’m going to start keeping track of when the word “open” (my word-of-the-year) shows up in my life. Today I was flipping through Sharon Salzberg’s Real Happiness: The Power of Meditation, and the book just opened to this section:

At Bob Dylan’s induction into the Rock and Roll Hall of Fame in 1988, Bruce Springsteen described hearing Dylan’s music for the very first time. Springsteen was 15, he said, riding in the car with his mother, idly listening to the radio, when “Like a Rolling Stone” came on. It was as though, Springsteen recalled, “somebody took his boot and kicked open the door to your mind.” His mother’s verdict: “That man can’t sing.” Mrs. Springsteen’s response reminds us that we don’t all react the same way to the same experience–and her son’s reminds us that life holds moments when our perspective dramatically shifts, when our assumptions are deeply challenged, when we see new possibilities or sense for the first time that whatever has been holding us back from freedom or creativity or new ventures might actually be overcome.

There are moments when we sense that tomorrow doesn’t have to look like today–that the feeling of defeat that’s been flattening us for what seems like forever can lift, that our anxiety needn’t define us, that the delight we been postponing and the love we long for could be nearer at hand than we’d thought.”

Lily and Larry, basking in the sunlight

It’s late January, the temperature is in the low 70s, and the windows are wide open with the curtains blowing. I just noticed Lily and Larry basking in the sun. It made me think of my word-of-the-year, “open”.

So far, me and “open” just aren’t clicking.

I wrote in my first Word-of-the-year post how I was going to be more open at work and try to get to know more of my coworkers. Not a day after I wrote that, we got an e-mail saying that to “conserve agency resources” we were to minimize chatting about things unrelated to work. Now I’m pretty sure this e-mail was not directed at me; however, it raised my anxiety. I can’t believe I’m 50 years old, and I still have this irrational fear of getting into trouble. When I told Greg about it that evening, he challenged me to talk so much that I do get into trouble! So far, that hasn’t happened.

I also wrote that I wanted to be more open to taking risks. I haven’t done too well with this either. Last week, I was asked to give a presentation.  I’ve had a long-standing fear of public speaking, which I have worked hard to overcome. I typically perform quite well in the actual situation, but make myself seriously miserable ahead of time. The last presentation I gave was 2 years ago and I swore I would never do it again. So when this invitation came up, I had an initial sick-to-my stomach reaction. I was proud of myself for being assertive and saying I needed to think about it (I usually just smile and say yes). I was even honest with the person asking me and told her about my anxiety. That was a different response for me. I’m sure I agonized way too much about it: Should I join Toastmasters again? Should I consult with someone who coaches people on their speaking skills?  Was I setting a bad example for people who read my books on shyness and social anxiety if I don’t keep doing things out of my comfort zone?  It was on a topic I knew well, but I realized I would still make myself a neurotic mess over it–-not to mention making my poor husband miserable, as well. Greg asked what it would take for me to want to do the presentation, and I couldn’t think of anything. I ended up saying no. This decision was fairly predictably  followed by days of cycling between feeling awful about myself and struggling to find compassion for myself. And a lot of tears.

Then I got mad. For several days, I wanted to change my word from “open” to “average”. I decided there is too much pressure on people these days to be above average. I get tired of reading that you should dream big (see my Tiny Dreams post). I get tired of reading that anything is possible if you simply put your mind to it. Sometimes I don’t want to have a good attitude. Sometimes I don’t want to think positively. And I’ve had so many fears in my life, I get tired of facing them all. I wonder if I’m up to it anymore.

Today I’m of the mindset that I’ll keep the word “open” as my word-of-the year, but I’m going to give myself some slack. I’m telling myself, “I’m being open to not feeling open.” Doesn’t that count? 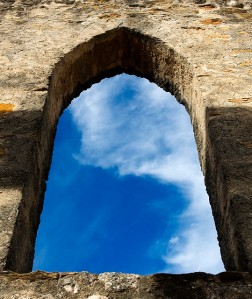 So many people have already posted their word for the year, and as usual, I’m a few steps behind. Oh well. My word for the upcoming year is Open. Greg actually suggested the word to me. He said, “What about the word open?” and I immediately said, “Nah…”  There I was shooting down an idea before I really thought about it. Not very open of me. And here’s another interesting tidbit. I finally decided that Open was going to be my word. Then today I clicked on Ali Edward’s Word of the Year blog, and she had just announced that her word for 2013 is Open. I felt a little deflated. She took my word! But that’s okay. I’m sure there’s enough space (openness) in the world for us both to have the same word.

I’m sure my word will take on lots of new meanings over the course of the year, but here are a few of the things I’m hoping I can do:

Open  to taking risks. I’m quite risk aversive. I  have to push myself to try new things. My worry brain is always telling me to play it safe. I really don’t have anything in mind when I think about risks, but we’ll see what happens. I may surprise myself and do something crazy.

Open myself up to people. I used to be painfully shy–not so much anymore, but I’m still a through-and-through introvert. I don’t let too many people really get to know me. And if I do, it takes a long time. I can work at a place for years and barely make a dent in getting to know my coworkers. I want to make a conscious effort to change this and share more of myself with others. I need to make a few more friends, too. It’s kind of  hard to find friends when you’re fifty.

I’m excited about the word Open. It’s a noun. It’s a verb. It’s an adjective. It’s a Superword!

The very word itself implies adaptation and flexibility, two things I need more of in my life.

And in the spirit of flexibility, any variation on the word open is okay. I like the word openness, too. Here’s a great quote I found on Good Reads.

Let go of certainty. The opposite isn’t uncertainty. It’s openness, curiosity and a willingness to embrace paradox, rather than choose up sides. The ultimate challenge is to accept ourselves exactly as we are, but never stop trying to learn and grow.” ― Tony Schwartz

Did you know there is actually a word of the year? According to Dictionary.com, the word for 2012 is bluster. This is how they define bluster:

1.
to roar and be tumultuous, as wind.
2.
to be loud, noisy, or swaggering; utter loud, empty menaces or protests: He blusters about revenge but does nothing.

They cited the election and the weather as being the two big stories of 2012, and aptly noted that there was a lot of bluster involved in both.

There is also another Word of the Year project that takes place. I first heard about it from reading Brene´ Brown’s blog, Ordinary Courage. She selected a single word that she used as a touch point to guide her through the year. Her word was “light.” Brene´ got the idea from Ali Edwards, who runs an entire e-course on using a word of the year for self-growth.  Ali writes:

A single word can be a powerful thing. It can be the ripple in the pond that changes everything. It can be sharp and biting or rich and soft and slow. From my own personal experience, it can be a catalyst for enriching your life.

As 2013 approaches, I started to think, “Maybe I need a word for the year.”  I tried talking with Greg about it. After explaining the concept to him, our conversation went something like this:

Barb: I wonder what my word of the year could be? (not getting much of a response, so I prod him.)

Greg:  I don’t know. Maybe your word should be “word.”

Barb: What? Why would my word be “word”? That makes no sense. You’re not taking this seriously.

After bantering back and forth a bit (good-naturedly, off course) , I decided there is a gender difference in what gets written and read on the internet. It’s not that he’s not taking it seriously, he just doesn’t relate. He’s the most caring and sensitive man I know, but he doesn’t read the same kind of blogs I read.  Selecting a word for the year simply isn’t something he’d ever think about doing.

I’m going to pick a word for the year. I’m not yet sure what it will be, and I wonder how I’ll ever keep it to a single word.

Brene´ said she didn’t want the word “light” to be her word (I’m not sure why; it’s a good word). She said that the word picked her. It kept popping up in her mind.

Ali says the word can be practical or fanciful. It can be a feeling word or an action word. It can be a word that represents what you want more of–or less of–in your life.

Later in the day, we were shooting some footage for a new video I’m working on. I was throwing colored tissue paper scraps into the air when Greg exclaimed, “Your word should be color!” At least he was trying.