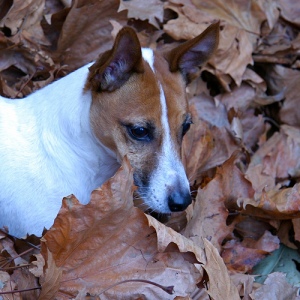 Sometimes I think I need to change this to a blog about coping with chronic pain. I’m on to a new doctor and another round of physical therapy. I’m frustrated that I haven’t been able to write more and keep up with my blogs. On a positive note, though, I have been watching a great video series called, The Compassionate Brain. The last “episode” featured Tara Brach, a leading teacher of mindfulness and author of Radical Acceptance and her forthcoming book, True Refuge. She told a story that I really liked. Sometimes I have trouble remembering something long enough to retell it, but I really wanted to share it with Greg, so I tried extra hard to concentrate.

Imagine you are walking through the woods and you see a small dog. You approach the dog and move to pet the dog. It suddenly snarls and tries to bite you. The dog no longer seems cute and you may feel some fear and anger. As the wind blows, the leaves on the ground are carried away and you see the dog has one of its legs caught in a trap. Now, you feel compassion for the dog. You know it became aggressive because it is in pain and suffering.

I told the story to Greg when he got home, and he really like it, too. The very next evening, he told me about a conversation he had with a colleague at work. She was struggling with another person in the agency. This other person came across as very negative and rigid and they were butting heads over some issue. Greg told her the story of the dog in the trap. She later thanked him because this helped her view the “difficult” co-worker in a different light.

I like this story on so many levels. It helps “depersonalize” conflict. When someone disagrees with us or somehow makes our life difficult, it is not really about us—it may be about their pain. Rather than assigning negative motives to those who challenge us, why don’t we give them the benefit of the doubt?

And, if we can give others the benefit of the doubt, why can’t we do the same for ourselves?

Sometimes I feel that I’m not really doing enough with my life. My chronic pain has led me to work fewer hours at my job. And when I’m at home, I need more time to rest—meaning I am less productive there as well.

At other times, though, I see that I make a difference. I think it’s pretty cool that I heard a story while listening to the warm and wise Tara Brach, and then told my husband, who told a colleague…and that this story helped someone think more compassionately about a seemingly difficult co-worker.  This is storytelling at its best.

My influence may be less direct, but no less meaningful. And maybe it’s not about producing a quantity of work…maybe its about being as compassionate as I can be, to myself and others, and seeing where that leads me.

To be notified of new posts, head on over to my Self-Compassion Project Facebook page and click “Like”. (It’s also on the sidebar, but no one ever sees it there.)